About
Meet the Team
Partners
Testimonials
Past Events 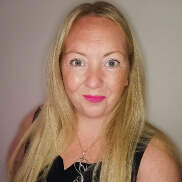 With a strong background in marketing in the membership sector as well as broadcast and media, Laura heads up our Marketing Team here at VON. Her hands have appeared in Hinterland, a Welsh Noir TV series, uncovering bones as an SA and she’s raved for several hours straight in a feature film also shot in Wales. Laura has a deep appreciation for the talent and creativity of voice acting so working at VON is the perfect place to be. 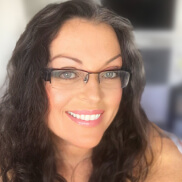 Emma has experience working in the UK and US, with a background in the media industry, having worked for broadcasters such as BBC and ITV.
She is an aspiring voiceover artist and PhD student, currently writing her first novel 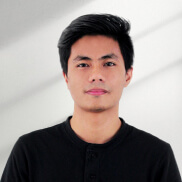 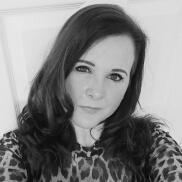 Tanya has over 20 years as an Executive Assistant, before turning her hand to becoming a Virtual Assistant.
She loves to organise, is a self-confessed to-do list addict and provides Rachael with the admin support she requires.
In her spare time she is mum to one son and plays for a ladies football team! 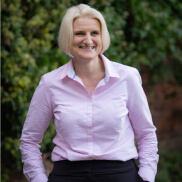 Hannah is an experienced, highly organised Business Manager and the owner of Hi!Virtual, specialising in supporting business owners with establishing strong foundations on which to build their business. She’s also a part-time musician in the British Army! 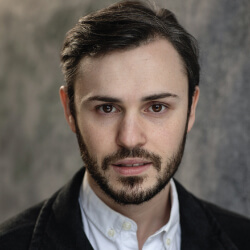 Having started in TV and theatre, Alan discovered voiceover in 2016 and quickly fell in love with the industry. Now he is an award-winning voiceover artist as well as a successful performance capture actor and entrepreneur.

Alan is a British voiceover based in Leeds, UK, with a friendly, story-telling voice that is complemented with a hint of a northern English accent. Having delivered motivational talks and having established clients from all around the world, Alan is a big advocate for seeing everyone succeed and unlocking their potential. 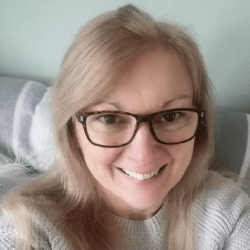 With over 25 years in accounting Heather has worked as a self-employed contractor in a number of industries including music, publishing, golf, education and baby clothing. She brings her wealth of experience to our team co-ordinating the accounts and admin. 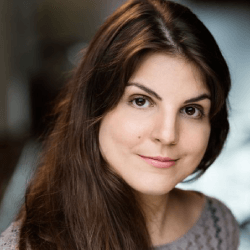 Sara is an Actress for Film, TV, Voiceover and Mocap, and also a Software Engineer with years of experience in both backend and frontend development.

With a background in Software Engineering, at the age of 24, she fully decided to fight her way through the arts as it has been her greatest passion ever since she was a teenager. She moved to London soon after her graduation, studied Strasberg’s Method and began her professional Acting career at the end of 2016, whilst keeping her Software Engineering career too. 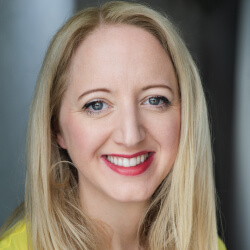 As well as running The VoiceOver Network, Rachael is a busy voiceover artist, actress, writer, award-winning entrepreneur and a mother of two girls.

Rachael’s love for acting started at a young age when she was inspired by her actor Grandfather and loved seeing him perform in the West End. She trained as an actress at Richmond Drama School and soon after graduating, discovered voiceovers and absolutely loved working in this area of the industry. Rachael has been a voiceover artist for over 20 years and during that time has worked with a huge range of top brands including Virgin Media (yes, she’s their telephone voice), CNN, Nestlé, Olay, Sure, Channel 5, The Travel Channel and many more. In addition, Rachael has worked with Derek Jacobi and Hayley Atwell in The Martian Chronicles radio drama and voiced three One Direction films.

Her voiceover agent is Excellent Talent. As an actress, Rachael has worked in TV, film and theatre as well as on commercials for brands such as Persil. Her acting agent is Comedy Actors, London. Rachael is co-author of the Amazon best-selling book, ‘Shine: …it’s like glitter for your soul! ’, and contributing author of a second Amazon best-selling book, ‘Believe: … it’s like glitter for your soul! ’.

In her spare time, Rachael loves sport, is a keen snowboarder and scuba diver and likes to run to keep fit. 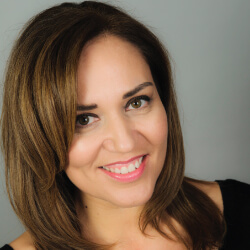 A seasoned broadcast writer, producer and director, Leisa has spent more than seventeen years involved in creating and producing high quality Television and Media programmes for top American broadcasters; PBS, NBC and Discovery Channel. Award-Winning Producer with a FREDDIE, an International Health and Medical Media Award plus several nominations throughout her career.

As a writer / producer she quickly learned the power of ‘voicing’ and in a twist of fate, she was asked to voice a scratch-track and that’s all it took for her to be enchanted by the magical world of voiceover. Leisa has trained with professional voice artists in voicing medical, children’s and lifestyle documentary narration.

As a stage performer, Leisa studied Dance for over twenty years and has travelled throughout America competing and performing professionally. 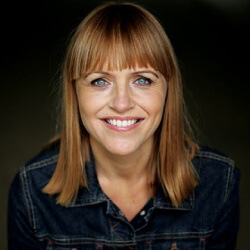 Lorraine is a UK based Actor and Voiceover Artist. Her passion for Acting started at an early age when she loved to watch classic black and white movies. She studied at Webber Douglas Academy of Dramatic Art in London.

After graduating Lorraine worked on the London Fringe, noted for her powerful performance in ‘Glass Hearts’ by the award-winning David Spencer. Television includes the role of Ann McIntyre in Coronation Street, and other wonderful roles in Eastenders, Holby City, Merseybeats, and The Bill. Lorraine is a versatile Actress with the qualities required to play hard-edged raw characters. She has the ability to bring a sense of vulnerability to her roles and a sense of realism to her performances. Many Directors have commented on her naturalistic style and her commitment to her work. 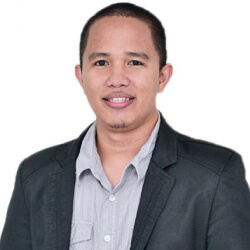 Bernard is a creative designer who is self-motivated with a strong background in both print to digital media and with over 10 years of experience in the graphic design industry. 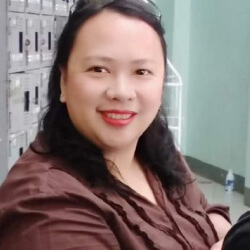 Rubie has a background in store management with over 5 years managing multiple teams. She is proficient in office administrator duties and provides key support to the team. 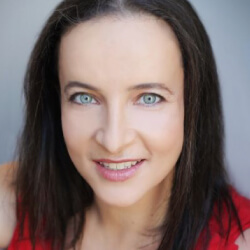 Natalie has a radio career spanning over 15 years and has worked as a radio announcer/producer in New Zealand, Sweden, Canada and the USA. She holds a Bachelor of Communication Studies (Radio) from AUT and is a graduate of the American Musical and Dramatic Academy (AMDA New York). She was a finalist in the inaugural SOVAS – Voice Arts Awards for animation and was a recipient of the Shakespeare’s Globe International Actors’ Fellowship.

She has worked in TV and theatre production including producer of the Auckland Outdoor Summer Shakespeare, 2nd Assistant Director for South Pacific Pictures (Shortland Street, The Bad Seed), as well as program manager for The Actors Program. She is a founding member of the International Actors Ensemble, performing as Antipholus of Syracuse in their Mexican tour of Shakespeare’s Comedy of Errors and festival appearances in Auckland, Melbourne and the UK. 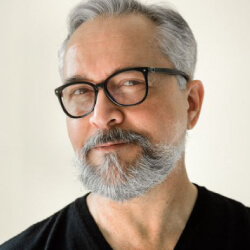 Spanish Translator and Proof-Reader for The Buzz Magazine, Voiceover Artist 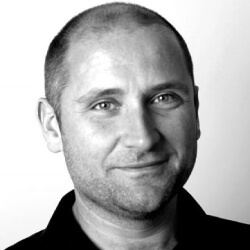 Rich’s knowledge of sound stems from a 20 year career as a DJ/Sound Engineer for clubs and bars around the UK and abroad as well as a 1st class honors degree in music production.

From university Rich entered the world of radio production and secured a position as a commercial producer at UTV (now The Wireless Group) in which he won awards both locally and nationally for his production work.

In 2016 Rich made the leap of faith and became freelance offering his services to production companies and voice overs whilst building the reputation of his company ‘io Audio’ from his own studio. Over the last 2 years io Audio has successfully produced showreels for many of the industries leading voices as well as offering studio recording facilities for TV and Radio most notably for Russell Howard’s Travelogue aired on Comedy Central and BBC Radio. As well as producing Rich also lectures at universities on radio production and the subject of how sound creates visualisations in our minds and how this can be used as a tool in radio production. Rich loves the art of directing voice overs, as well as mixing records on a saturday night and chilling with the family. 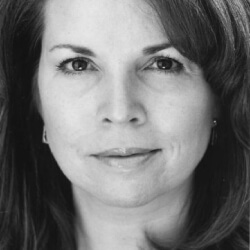 She has worked on a huge amount of animations and cartoons including The Woodlies, Corneil and Bernie, Nelly Nut Live as well as many more. Video Games include Horizon: Zero Dawn, Pusuit Force and Sacred Underworld.

Dian is one of the top voice coaches in the UK 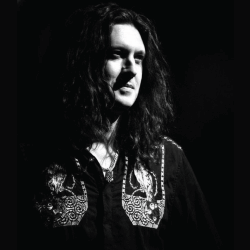 Randall Ryan is a voiceover casting director and director. 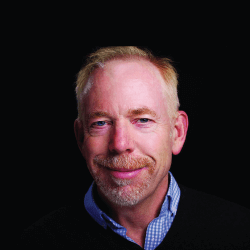 Tom Keegan is one of the most in demand performance capture directors, audio directors and casting directors in the world right now.

He is a Director and Casting Director for Performance Capture, Video Games, Voice Over and Films. Games title credits include the Battlefield series, Wolfenstein 1, 2 and 3, Star Wars: Battlefront 2, Dead Rising 3 & 4, Mirror’s Edge: Catalyst, Call of Duty: Modern Warfair Remastered, The Amazing Spiderman 2 and many more. 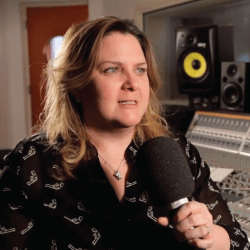 Adele is the founder of audio production company, Soundcuts Ltd., before Soundcuts, Adele spent 15 years at EA, working her way up the ranks from Junior Sound Designer to Senior Audio Director, working on blockbuster titles such the Harry Potter franchise (on which she wore both Audio and Voice director hats), plus well known cult classics Populous the Beginning and Theme Park World. 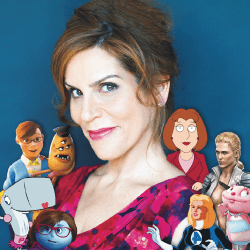 Lori Alan is an American actor, writer, producer and coach.

She stars on the Emmy Award winning, SpongeBob: Squarepants as Pearl Krabs, Diane Simmons on Family Guy, Sue Richards, The Invisible Woman, on Marvel Comics’ The Fantastic Four, and The Boss in the Metal Gear Solid video game trilogy.

She’s proud to be a part of the Academy Award Winning Pixar Family. Voicing characters in Wall-e, Cloudy with a Chance of Meatballs, Monster’s University, as Mother’s Sadness in Inside Out, and Bonnie’s Mom in Pixar’s extraordinary, global franchise, Toy Story 3 and Toy Story 4. Other credits include Minnions, Friends, Dispicable Me 3, Greys Anatomy and Law and Order LA. 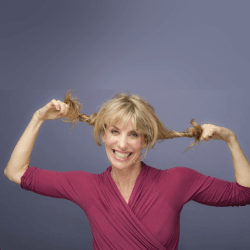 She’s is a Toronto-based voiceover artist, actor, voice director and writer. She has been working in the voiceover industry for over 37 years. She has worked extensively in animations, commercials, corporate, video games, promos, audiobooks and pretty much every area of our industry. Her credits include My Little Pony, Care Bears, Babar the movie, Z Baw (feature film), Cat in the Hat, My Big My Friend, Busy Town, Hotel Transylvania: The Series and many more.